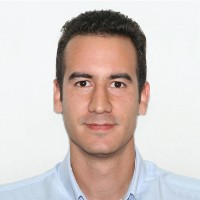 Michele obtained his bachelor degree in Engineering Physics from the Polytehnic University of Turin (Italy) in 2015 and his master degree also in Engineering Physics from the KTH Royal Institute of Technology in Stockholm (Sweden) in 2017. His master thesis was carried out at Skoltech, with a work dedicated to the development of a new algorithm for enhancing the discovery of magnetic materials using density functional theory and evolutionary techniques. In particular, the mentioned algorithm focuses on the initialization of magnetic moments in crystal structures according to site symmetries in the unit cell. During his PhD, Michele completed the work started during his master thesis and merged it to the USPEX project, in form of an efficient Python code. Currently he is involved in the development of an algorithm for X-ray guided crystal structure prediction, another work to be included in USPEX. His research interests are quite broad, including basically anything which can be solved using mathematical and physical tools and implemented in form of a computer code, preferably in Python.