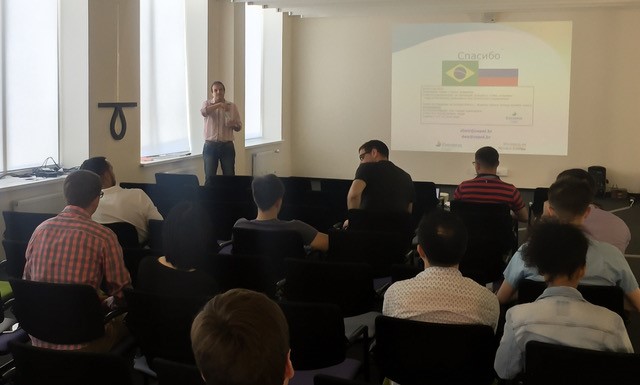 On 20th of June, Dr. André Luiz Diniz presented applications of mathematical programming techniques for the long, mid and short-term planning of the real large-scale Brazilian system that might not happen without curtailment, mainly due to the large share of hydrogenation, the enormous size of the country and the extremely fast wind generation investments.

In particular, Dr. Diniz talked about the main features and mathematical programming techniques of official models developed by the Brazilian Electrical Power Research Cente (CEPEL) and used by the Brazilian ISO and the market operator to dispatch the predominantly hydro system and establish energy prices for the market.

Dr. Diniz has been Researcher with CEPEL since 1998.  He has been working on mathematical models for the mid-term and short-term hydrothermal scheduling, including hydro and thermal unit commitment. He currently holds the position of Assistant Professor with the Institute of Mathematics and Statistics, State University of Rio de Janeiro, UERJ, and Vice-chair of the Power Systems economic subcommittee under IEEE PSOPE Committee.