The forum ” Startup-Village” brought together about 20000 participants in June of this year. Energy Systems Center participated in an action. At exhibition «Startup Bazaar» we showed two prototypes: an isolation detector for overhead cables and a resonant dc/ac converter for supercapacitors. The prototypes attract the attention of many people including students, potential investors and “startupers” because we shown real hardware. Particularly, the resonant dc/ac converter calls the attention of many students which were fascinated with the possibility to develop this kind of hardware in Skoltech. Senior Research Scientist Federico Martin Ibanez said: «In addition, some private companies were very interested in this resonant technique  that reduces the power losses of the traditional converters, provides isolation between the energy storage device and the grid and reduces the quantity of switches».

The Research Scientist Titov Dmitry showed the device of indication of overlappings of insulation of air-lines of an electricity transmission. The device is intended for detection of the place of accident. The device in real time sends data on a leakage current in the insulator. Data arrive on a program complex of the specialist of the linear service. Based on collected data draw a conclusion about an insulator status. Especially it is urgent for polymeric insulation which damages are visually not perceptible.

Besides, Titov Dmitry participated in a competition of the ideas with the “automated cleaning of insulators of air-lines of an electricity transmission” project. The project was included into the list of 20 best projects at a competition.

The Startup Village gave to the center of energy system the possibility to extend our networking and increase our projects with private companies. 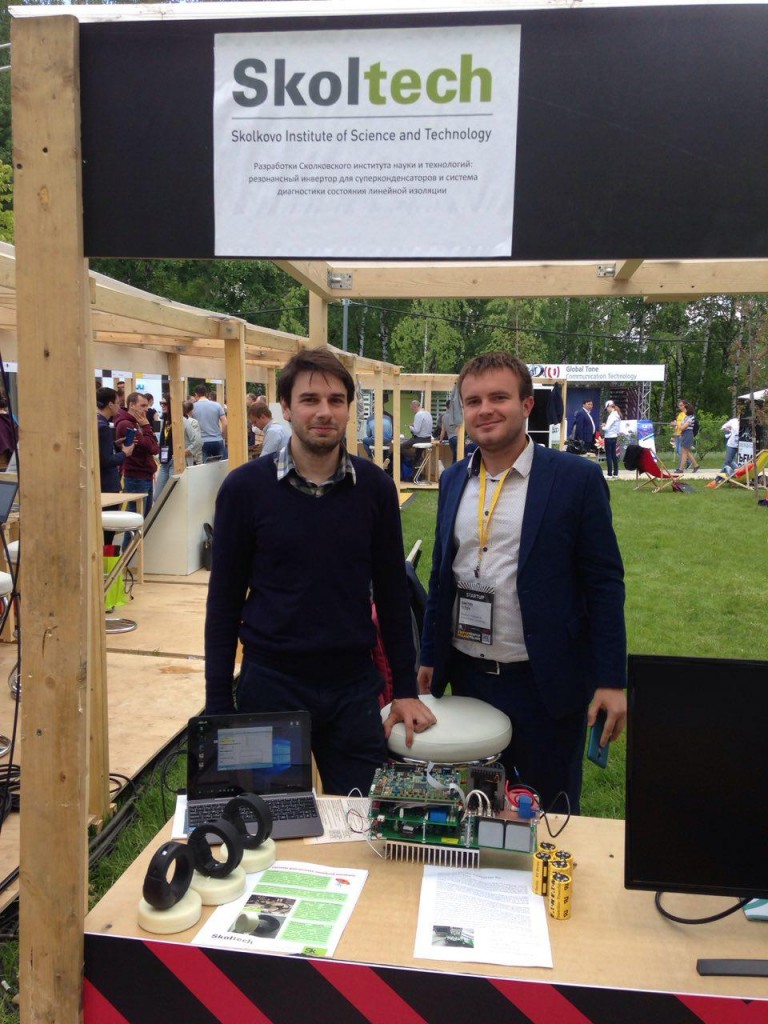