On March 15th, 2017 Ksenia took part in the trilateral expert meeting “Russia-Japan-USA” at the Russian Council on Foreign Affairs. The first session of the event was led by the General Director, CEO of the Japan Bank for International Development Tadasi Maeda and was devoted to the prospects and projects of regional cooperation between the Asian countries, including the Asian supegrid project. The expert meeting followed the U.S.-Japan-Russia Trilateral Conference organized by the National Committee on American Foreign Policy that took place in New York in March 10-11th, 2016 and where Ksenia gave a speech on the project and on energy policies of Asia-Pacific countries. The meetings are aimed at facilitating the dialog between the experts of the Russia, USA and Japan to find out opportunities and develop recommendations for cooperation between these countries. 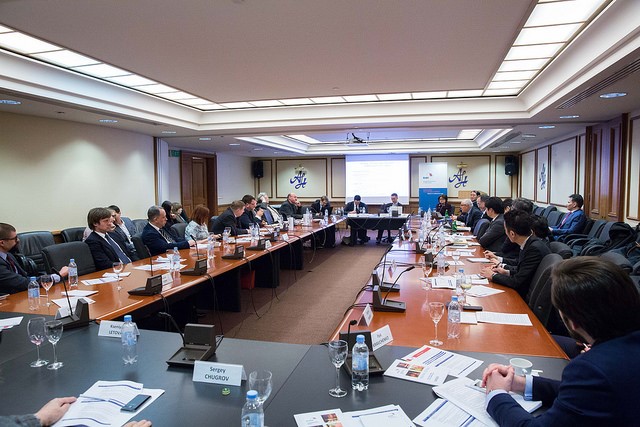