The workshop presented results of the research conducted in accordance to Russian Government’s order of 06.08.2013 by SkolTech’s Center for Energy Systems in conjunction with the Irkutsk Institute of Energy Systems and support of Korea Electric Power Corporation (KEPCO) and En+ Group.

The project, initiated by Russia in APEC and supported by governments of the major economies of the Asia-Pacific region, proposes a gradual connection of the energy systems of Russia and the countries of Northeast Asia through flexible connections in the eastern part of the Russian Federation, including with the power  systems of China, the Korean Peninsula and Japan. The project also considers expanding exports of energy-intensive products (e.g. aluminium) and services (data centers). At the workshop, Skoltech presented results of the calculations showing benefits of the creation of interstate electric ties between the countries of the region. Positive changes in the economics of the project, after Russian national depreciation were also discussed. In particular, it was shown that for Korean, Japanese and Chinese export destinations, there is a “window of opportunity” between now and 2018-2019, during which the possible directions of exports from Russia (from Erkovetskaya, Zashulanskaya, Krasnochikoiskaya and Sakhalin TPP, Primorsky NPP, South Yakutia Hydro Power Stations) may be effective because their costs are mainly generated in rubles, and revenues – in foreign currencies.

The project received support from representatives of major international companies and affiliated ministries including Korean KEPCO, Japanese Softbank and Mitsui Corp., and the Mongolian Ministry of Energy. Representatives of the First Asian Department and the Department of Asian and Pacific Cooperation of the Ministry of Foreign Affairs of the Russian Federation, the department of Electricity of the Ministry of Energy and the Department of Asia, Africa and Latin America of the Ministry of Economic Development represented Russia and also addressed the workshop. A more practical aspect of the discussions was started by representatives of Russian energy companies who gave speeches on their plans for the development of export-oriented projects to countries in Northeast Asia (NEA). In particular, reports on this subject were presented by En+ Group, JSC “Evrosibenergo”, JSC “InterRAO”, JSC “RusHydro” and others. The panelists and participants expressed interest in the development of the Asian energy supergrid, adding though that currently at corporate and state levels projects of Russian electricity in NEA countries are considered separately. The workshop participants noted the positive role Skoltech plays as a platform for dialogue between Russian stakeholders and their foreign partners both in the industry and at state levels. And also suggested that ​​creating an intergovernmental working group under the Ministry of energy of RF would help to promote the project at a global level. Also highlighted was the need to bring research to application, which requires the involvement of project infrastructure organizations, such as the System operator, grid companies etc. The management of JSC “Scientific-Technical Center of the Federal Grid Company of Unified Energy System” expressed their readiness to participate in the project, by providing expert advice and also drew attention to the importance of the issue of harmonization of the regulatory framework among participant countries. The topic of regulatory framework was also touched upon by the representatives of the Energy Charter Secretariat and the Russian Chamber of Commerce on Energy Strategy and Development. 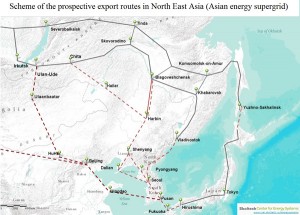 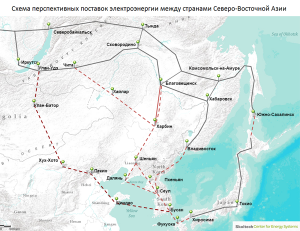 It is expected that in the near future results of the research project of the Asian energy supergrid will be presented at the Russian-Chinese Working Group on evaluation of conditions of energy markets carried out in preparation for the Russian-Chinese intergovernmental commission on energy cooperation.

Speaker: Sergey Podkovalnikov Title: “Prospects for Development of Interstate Electric Ties and Grid in Northeast Asia” Sergey Podkovalnikov – Ph.D., head of the laboratory Interstate Electric Power Interconnections in The Energy Systems Institute (ESI) SB RAS. He is the author and co-author of 120 scientific publications, including the monograph “The effectiveness of interstate power relations”. Member of the electricity and energy society of the International Association 1EEE.

Will take place at Skoltech, Dates: 9-10 June, 2015 The two-day conference will be held at Skolkovo Institute of Science and Technology (Skoltech) in Moscow. The aim of this event is to gather researchers from institutions collaborating with Skoltech Center for Energy Systems, selected invited guests from Russia and abroad, and the industry to share expert opinions and achievements in the field of application of advanced mathematical methods in energy systems. Open forum with industry will be held on day two to discuss problems of practical applications of advanced mathematical methods. For details please contact the Center Director, Professor Janusz Bialek,   Provisional Agenda 9 June 2015 9.30 am – Registration and Materials Distribution 10 am – 6 pm, presentations, about 10 speakers 7 pm – conference dinner in town 10 June 2015 10 am – 12 pm, 6-8 speakers 1 pm – 4 pm: Industry Forum with Round Table Discussions 4 pm-10 pm – internal meeting (including dinner) of collaborators of Skoltech Institute of Energy Systems.