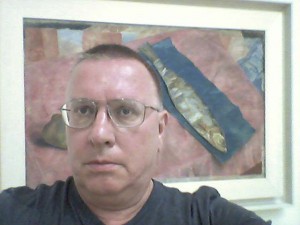 ABSTRACT
Anomalous optical response of metasurfaces, fabricated from silicon regular resonators is investigated. The resonators are manufactured in form of two-dimensional bars or regular cones and covered by the semicontinuous silver film. Computer simulations  as well as real experiments demonstrate Wood anomalies and resonance diffraction in visible and near IR spectral ranges. The multiple metal-dielectric resonances result in much enhancement of the local electromagnetic field in-between metal particles placed on the surface of the dielectric resonators. It opens new venue in R&D of the effective substrates for the surface enhanced Raman scattering (SERS substrates) including sensors detecting specific substances.
BIOGRAPHY
Andrey K. Sarychev received his B.S., M.S., and Ph.D. degrees in Physics from the Moscow Institute of Physics and Technology. He received the degree Doctor of Science in 1993. From 1997 to 2004 he worked as a Senior Research Scientist at Purdue University; from 2004 to 2008 he worked as a Senior R&D Engineer at Ethertronics Inc., San Diego, CA. In 2008 Professor Sarychev joined the Institute for Theoretical and Applied Electrodynamics, as the chief scientist. Among his achievements is design the metamaterial and first experimental observation of the negative refraction.