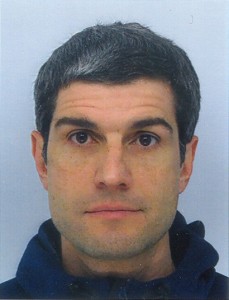 Research Scientist at the Theoretical Physics Lab in Toulouse

ABSTRACT: Similarly to their purely electric counterparts, spintronic circuits may be presented as networks of lumped elements. Due to interplay between spin and charge currents, each element is described by a matrix conductance. I will establish reciprocity relations between the entries of the conductance matrix of a multi-terminal linear device, comprising normal metallic and strong ferromagnetic elements. In particular, reciprocity equates spin transmissions through a two-terminal element in the opposite directions. When applied to “geometric spin ratchets”, reciprocity shows that certain effects, announced for such devices, are, in fact, impossible.
Time permitting, I may also discuss a concrete example of interplay between spin and charge currents, and show that local injection of pure spin current into an electrically disconnected ferromagnetic–normal-metal sandwich induces electric currents that run along closed loops inside the device and are powered by the source of the spin injection. Such electric currents may significantly modify voltage distribution in spin-injection devices and induce long-range tails of spin accumulation.

BIO: Revaz Ramazashvili is a research scientist at the Theoretical Physics Lab in Toulouse (France). He graduated from the Moscow Institute for Physics and Technology and defended his PhD thesis at Rutgers University (New Jersey, USA). His research interests include, among other things, electron magnetism of antiferromagnetic conductors, quantum phase transitions in magnetic and superconducting systems, and interplay of spin and charge currents in spintronic devices.