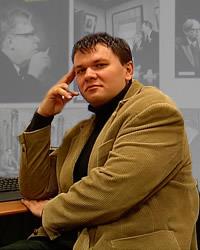 Abstract: Shift current is a photocurrent induced by light irradiation of noncentrosymmetric materials in the absence of any bias voltage. It is one of the mechanisms of the so-called bulk photovoltaic effect, and it has been traditionally described as a nonlinear optical response of periodic solids using a perturbative formula  which is linear in the intensity of incoming continuous wave light and which involves Berry connection describing the shift in the center of mass position of the Wannier wave function. In this talk I will discuss how shift current develops spatially and temporally in response to a femtosecond light pulse, utilized in recent experiments and outside of the scope of perturbative formula, by applying to realistic two-terminal junctions recently developed time-dependent nonequilibrium Green function algorithms scaling linearly in the number of time steps and capable of treating nonperturbative effects in the amplitude of external time-dependent fields. Our analysis [for the paradigmatic Rice-Mele model reveals novel features: the prediction of superballistic transport and the prediction that shift current can appear even for subgap frequencies of light due to two-photon processes.

Bio: Branislav Nikolić is a Professor of Physics at the University of Delaware and a Senior Visiting Scientist at RIKEN Center for Emergent Matter Science in Japan. He received his Ph.D.  in theoretical condensed matter physics from Stony Brook  University, and B.Sc. degree from the University of Belgrade, Serbia. He was visiting Professor at the University of Regensburg, National Taiwan University, Centre de Physique Théorique  de  Grenoble-Alpes and Beijing Normal University.  His research  is  focused  on  nonequilibrium  many-body  quantum   systems,   first-principles   quantum transport   and   high-performance   computing   applied   to   nanostructures   of   interest to spintronics, nanoelectronics, thermoelectrics  and  nano-bio  interface.  His notable contributions include studies of the spin Hall effect, spin pumping and spin torque in the  presence  of  spin-orbit  coupling, decoherence of transported spins, spin-dependent  shot noise, nonequilibrium electron-magnon and electron-phonon systems.