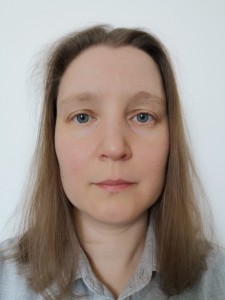 e 23th of November 2022, as part of the Photonics Seminar Series, we will have the pleasure to have Prof. Tetiana Orlova discuss “Localized chiral structures in liquid crystal films for optics, photonics and micromechanics“. She will present her results on the generation of localized chiral structures in photoactive and photopassive chiral nematics, manipulation of their topology and dynamic behavior. The event will be hosted in person at the New Campus and on-line on BigBlueButton.

Tetiana received her PhD degree in physics and math in 2007 from the Institute of Physics, National Academy of Science of Ukraine, and continued her research activity there until 2013. From 2013 to 2020, she held several temporary researcher positions at the University of Bordeaux and the University of Strasbourg in France, the University of Twente in the Netherlands and the University of Southampton in the UK. Her studies have been supported by several research grants such as the Marie Skłodowska-Curie Individual Fellowship or the Erasmus Postdoctoral Grant. In 2021, she landed at the IMTO University in St. Petersburg as the winner of the IMTO Professorship and Scholarship Program with the aim of developing a new scientific lab and establishing her own research group of Structured and Dynamic Soft Matter.

Tetiana’s extensive scientific experience is mainly experimental and relates primarily to the fundamental and applied research in the field of soft condensed matter physics. Despite a number of studies carried out in polymer and elastomer science, foams and thin liquid films, her main field is the physics and chemistry of liquid crystals. She is particularly interested in chiral liquid crystals, creation and manipulation of metastable topological orientational states, and demonstration of control capabilities using various external fields such as optical, electrical and thermal ones. 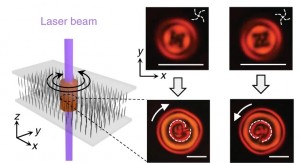 Chiral nematic (cholesteric) liquid crystals are known to host numerous topological solitons represented by localized chiral structures, which manifest themselves as optically inhomogeneous patterns when observed in a polarized optical microscope. Such structures appear in frustrated (unwound) chiral nematic films when chirality-favored effects leading to a macroscopic twist in the orientation of liquid crystal molecules compete with other influences on the CLC system, such as external fields and constraints imposed by either geometry or boundary conditions. Localized chiral structures have already been demonstrated as individual micron-sized elements for refractive and singular optics, components of diffraction gratings and transport micromachines.

During the talk, I will discuss the generation of localized chiral structures in photoactive and photopassive chiral nematics, manipulation of their topology and dynamic behavior, and will also consider potential applications in the industry.