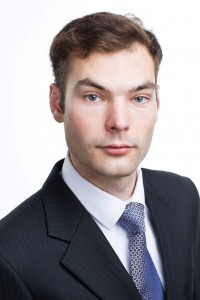 We are glad to announce the new start of the Photonics Seminar Series this semester. On the 5th of October 2022 we will have the pleasure to welcome our first speaker Prof. Maxim Gorlach, who will discuss “Probing topological phases in superconducting circuits“. He will present recent investigations of his group on localization and propagation of few-photon states in the arrays of superconducting qubits, which are presently considered as promising candidates for future quantum computers. The event will be hosted in person at the New Campus and on-line on BigBlueButton.

About the speaker:
Maxim A. Gorlach has graduated from Physics Department of the Belarusian State University (Minsk, Belarus) in 2014 with the specialization in theoretical physics. In 2017, he defended the PhD thesis “Effects of spatial dispersion in metamaterials composed of resonant scatterers” at ITMO University (Saint Petersburg, Russia) under the supervision of Prof. Pavel A. Belov. Research interests of Dr. Gorlach include topological photonics, metamaterials, theoretical nanophotonics and axion electrodynamics. Currently, Maxim Gorlach is an Assistant Professor at ITMO University, he supervises 3 PhD and 3 undergraduate students and teaches a course of electrodynamics of continuous media.

Topological photonics has emerged as a promising avenue to disorder-robust routing and localization of light. During the recent years, it sparked such novel applications as topological lasers, resonators and waveguides. However, the possibility to harness topological concepts to manipulate quantum light or to enhance the performance of quantum simulators and processors remains largely uncharted. In this talk, I will discuss our recent works investigating localization and propagation of few-photon states in the arrays of superconducting qubits which are presently considered as promising candidates for future quantum computers. Besides rich physics associated with interaction-induced localization and emergence of nontrivial topology, our studies suggest that topological systems are capable of protecting certain quantum simulation protocols against the influence of disorder.