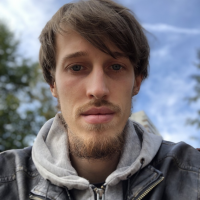 Coming soon…  (submitted to Scientific Reports)
Why do animals swirl and how do they group?
Egor E. Nuzhin, Maxim E.Panov and Nikolai V. Brilliantov | 2021

We report a possible solution for the long-standing problem of the biological function of swirling motion, when a group  of animals orbits a common center of the group. We exploit the hypothesis that learning processes in the nervous system of animals may be modelled by reinforcement learning (RL) and apply it to explain the phenomenon. In contrast to hardly justified models of physical interactions between animals, we propose a small set of rules to be learned by the agents, which results in swirling. The rules are extremely simple and thus applicable to animals with very limited level of information processing. We demonstrate that swirling may be understood in terms of the escort behavior, when an individual animal tries to reside within a certain distance from the swarm center. Moreover, we reveal the biological function of swirling motion: a trained for   swirling swarm is by orders of magnitude more resistant to external perturbations, than an untrained one. Using our approach we analyze another class of a coordinated motion of animals — a group locomotion in viscous fluid. On a model example we demonstrate that RL provides an optimal disposition of coherently moving animals with a minimal dissipation of energy.

The papers present a comparative analysis of advanced numerical optimization algorithms for solving a specific problem of increasing the efficiency of the waterflooding in a mature field (Brownfield).
Via multivariate iterative calculations produced by the optimization algorithm, on the basis of the reservoir simulation model the optimal waterflooding strategy (optimal combination of well modes) is determined. This strategy maximizes the economics of the field which is expressed in the value of net present value (NPV). The optimization process in most practically significant cases is complicated by the following factors: large dimension of the solution space, high complexity of the optimized function and high computational cost of each reservoir simulation. As a result, for the allocated project time the final solution can strongly depend on the chosen optimization algorithm.
Comparison of the algorithms was based on the solution of the real Brownfield waterflooding optimization problem with more than 100 active wells. Relative improvements of the objective function, NPV, were compared with respect to the number of required reservoir simulations. As a result, the set of recommendations for choosing the most effective algorithm depending on the available project time was obtained. For the considered problem, algorithms that show high efficiency (relative increase of NPV by 4-6 times) using comparatively small optimization budget (the ratio between the number of reservoir simulations and the problem dimension varies from 1 to 5) were determined.

We propose a topology optimization method with a target function based on FFT-JVIE solver. It allows to find an optimal structure in a 3D space for homogeneous objects (lenses and metallic reflectors). Such examples as glass lenses, parabolic reflectors are considered. Numerical experiments show that discrete gradient algorithm converges much faster than greedy algorithm for all considered cases.

The article considers the executive part of the circuit simulator object control for automated temperature control systems, a diagram of the executive, also reviewed the accuracy of the calculation scheme. The device allows you to debug and test systems in the laboratory and is currently used to test the automated system to control the temperature of JSC “NPO Automation”.

Alexander Bernstein Professor of the Practice