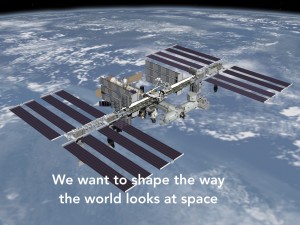 The mission of Skoltech’s Space Center (SSC) is to conduct research, education, and innovation activities in the domain of near Earth and cis-lunar space, aimed at deriving technologies and services, and developing understanding for the betterment of society. This supports the commercial development of space and the future evolution of manned and unmanned space missions. As a result, significant benefits are expected for humankind through delivery of new space-based services, deeper understanding of science and development of new technologies.

Unmanned missions present areas of opportunity for research and technological advancement with deep impact on the society and the economy. The development and exploitation of space assets like Navigation (GPS, Galileo, Glonass) and Earth observation systems will generate tremendous positive effects on the everyday life on Earth for the citizens, including the protection of the Earth environment. Additionally, future manned missions will require the development of the science and technology required to sustain long-term missions to the Moon, and possibly other destinations. Exploration preparation in the vicinity of Earth provides a convenient test-bed to prepare humans to leave Low Earth Orbit. For these reasons, near Earth and cis-lunar space exploration not only have impact on science but also create new business opportunities based on space assets, creating new enterprises to address customer needs, and fostering innovation by means of research.

One of the main goals of the Skoltech Space Center is to provide cutting-edge hands-on education to its students through involving them in the design, implementation and testing of sensors and onboard components that will be integrated on the ISS and on Skoltech-developed nanosatellites and stratospheric platforms. This approach will ensure that there will be a high flight rate of student build components as well as will allow students to develop essential skills and hands-on experience in science, engineering, and management required to succeed in science and technology professions. Furthermore, the CREI supports innovation by actively involving companies in the definition of plans, the development of programs, and the transfer of knowledge and know how. The strategy is intended to be complementary to the existing industrial capabilities of Russia. The technical and educational approaches places emphasis on aspects of space flight that can be easily commercialized, including Earth-viewing sensors and spacecraft subsystems, as well as on the exploitation of space based data.

Space CREI was initiated in 2013