Center for Photonics and Quantum Materials is widely collaborate with BRICS community.  International meetings were organized in line with the Moscow 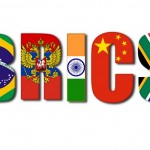 Declaration and Action Plan adopted at the III BRICS Science, Technology and Innovation Ministerial Meeting on the 28th of October 2015. The new initiative on cooperation on Photonics was included with India and Russia as coordinating countries.