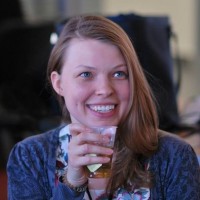 Why is it cool?

Distinct areas of mammalian cerebral cortex (neocortex) are known to be involved in specific cognitive functions. However, the entire neocortex anatomically displays the same evolutionary conserved laminar architecture, which shows only slight differences in histological organization between functionally distinct regions. Similar phenomenon is observed at the level of gene expression: only slight differences in transcriptome organization are seen across neocortical regions. Furthermore, functionary boundaries between neocortical regions, although real, are dynamic: a region can take over an unusual function, for instance, as a result of injury of the original functional area. This project is planned to elucidate molecular basis underlying distinct functionality of specific brain regions by integrative bioinformatic analysis.

Mikhail Gelfand Full Professor, Director of the Center for Molecular and Cellular Biology

Evgeny Nikolaev Full Professor, Head of the Laboratory of mass-spectroscopy