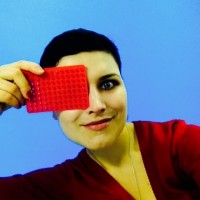 Research project:  A Comparison of Brain Lipids Composition in Domesticated and Wild Animals

Domesticated animals differ from their wild relatives in a number of traits, several of which are shared among different domesticated species. Shared traits include conspicuous coat colour variation, reduced cranial volume and skeletal gracilization  as well as behavioural traits such as reduced fear, higher levels of adult play, and less aggressive behavior. The genetic basis for most domestication traits is currently under particular scientific focus, at the sate time there is no study on lipids composition changes during domestication process. Given these markedly different traits that have all been selected for during domestication, our major question is whether there are lipid composition differences contributing to such domestic/wild phenotype. Given that selection acting upon such a variety of domestic animals can produce such similar brain related phenotype, this raises the question of whether this is indicative of how selection acts in all such cases? Are there unique molecular properties of domesticated animals that allows for such development, or is this solely the product of strong artificial selection? Do domesticated species represent multiple independent case studies of how such selection can progress?

As a first step towards identifying such changes, we set out to characterise lipides composition in pairs of domesticated and wild mammals: dogs and wolves, pigs and boars, domesticated and wild rabbits, and domesticated guinea pigs and a relatively distant ancestor (Cavia aperea). Recent comparisons of human with extinct hominins have revealed that anatomically-modern humans (AMHs) exhibit a number of domesticated traits, including differences in the brain and the face, changes in dentition, reduction of aggressiveness, and retention of juvenile characteristics (see Thomas, 2014 for details). Interestingly too, Autism Spectrum Disorder (ASD) candidates are overrepresented among the genes known to be involved in the ‘‘domestication syndrome’’ and the set of genes important for language-readiness and many of these genes show altered expression profiles in the brain of autists (Benı´tez-Burraco and Murphy 2016). The main goal of this project is answer the question whether there are lipids which involved in “domestication syndrome”? In order to contribute to the mentioned study of ASD, we aded to the project healthy human brain samples and ones with diagnosed ASD. We also includes brain samples of some primates: chimpanzees, bonobos, macaques. It is believed, bonobos are the creatures that have tamed themselves they overcame the fear and stress they feel  when encountering humans or unfamiliar members of their own species and become less aggressive each other than are their chimpanzee and macaque relatives.