Skoltech has reached an agreement with SoftBank Group Corp. (Japan) about conducting a study of possibilities for electricity exports from Russia to Japan (the Asian energy ring project). The results of study will be reported to the President of Russia during the Far East economic forum. 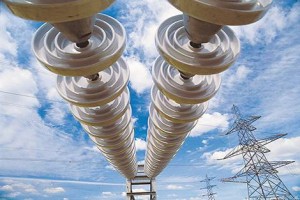 During the talks between Skoltech’s Asian Energy Supergrid coordinator Ksenia Kushkina (Letova) and the delegation of the largest telecommunications and media corporation of Japan – SoftBank Group Corp. – headed by Executive Director Masayoshi Son, it was agreed that Skoltech will perform the study on the preparation of pre-feasibility study of electric power export from Russia to Japan, in partnership with Ernst & Young. Skoltech’s mission is to study the feasibility of establishing export electricity deliveries from Russia to Japan by July 2020. The Ernst & Young company will carry out the economic part of the calculations.

On the Japanese side, the results of the study will be discussed at the Far Eastern Economic Forum, which will take place in Vladivostok on September 2-3. It is also planned to sign an agreement on the further development and implementation of the project. Earlier it was reported that during a foreign meeting businessmen with Russian President Vladimir Putin in the St. Petersburg International Economic Forum, the Japanese delegation offered to build a power bridge from Russia to Japan.

In March 2016 Kushkina took part in the three-party conference USA-Russia-Japan, organized by The National Committee on American Foreign Policy, which addressed the possibility of establishing economic relations between the countries, including through the electricity export projects from Russia to Japan. 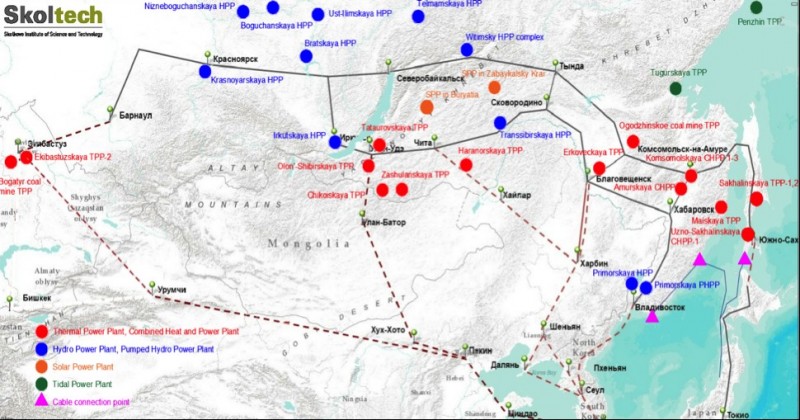 According to Kushkina: “Skoltech performs a study on Asian Supergrid for more than 2 years already. A significant information base on energy systems of North-East Asia was formed during this time. Previous research, conducted in collaboration with Melentiev Energy Systems Institute, showed that Japan will receive the greatest benefits from the Asian energy ring – energy exchange with the countries of Northeast Asia will save for country about $ 14 billion a year in fuel costs. The goal of this phase of work is to evaluate the existing reserves of installed capacity, the transfer of energy which does not require significant changes in the structure of Russian electric power system and a demonstration of the necessary changes in the structure of Russian power system to provide the required 2 GW of installed capacity, and for the transfer of appropriate electricity to the connection point with the Japanese electric power system.”